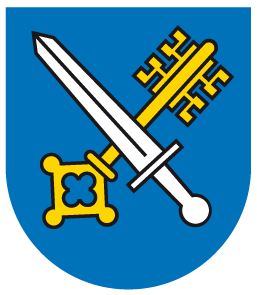 Numerous archaeological finds show that Allschwil has been a human settlement since the Stone Age. The most important archaeological finds from this era are exhibited today in the local history museum. Various finds from Roman times indicate that there was a Gallo-Roman settlement here. Allschwil was therefore associated with the Roman road station "Arialbinum" by various authorities.

The name Allschwil was documented for the first time in 1033 in the form of "Almswilre" and is generally derived from "Alamannes-vîlare", which can be translated as "hamlet of the Alemanni".

After a collapse of the Napoleonic system, Allschwil - together with Birseck - was assigned to the City of Basel in 1815 at the Congress of Vienna. Since the separatist turmoil and the cantonal separation in 1833 the municipality belonged to the district of Arlesheim in the canton Basel-Landschaft.

© 2020 Einwohnergemeinde Allschwil. All rights reserved..
Please read the "general legal notes, data protection" before continuing to use this website.